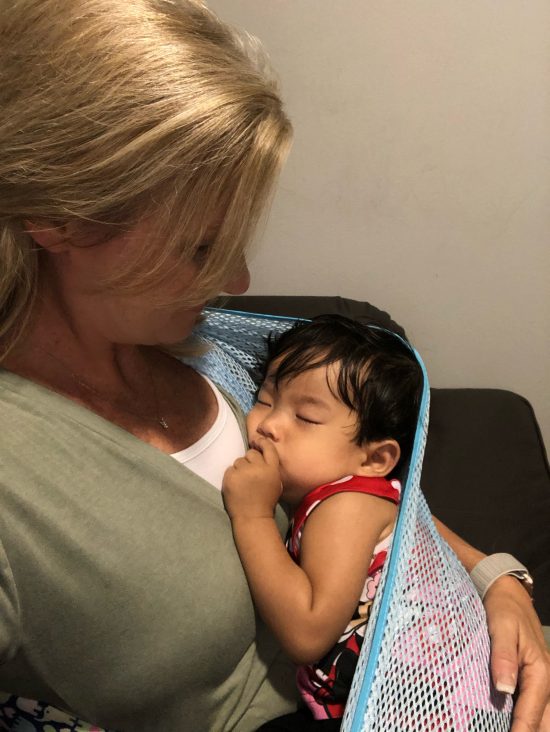 Several years ago, God convicted my heart that I was living in an echo chamber. If you look up “echo chamber” in the dictionary, you’ll find this definition: “an environment in which the same opinions are repeatedly voiced and promoted, so that people are not exposed to opposing views.” Yep, that was me. I hung out with like-minded people who held like-minded views and shared a like-minded, cookie-cutter faith. Maybe, you can relate.

In an effort to break out of the cycle, I prayed a simple prayer and asked God to spark revival in my heart for the things that matter most to Him. Crazy thing, but in answering that prayer, He didn’t call me to write more Christian books or say yes to more speaking engagements. In fact, He called me to do less, in order that I might have the margin and stillness needed to listen more, see more, and eventually, give more from a tank that is full, rather than half-empty. As painful as this transition has been for me (change is always hard, no?),  I thank God for the hard truths He has taught me over the last several years.

The hardest step for me was stepping outside of my cozy, Christian comfort zone (aka: echo chamber). This past January, I finally took the leap. A godly friend recommended that I get involved with a government funded organization in Austin that assists with refugees. I participated in a training and began volunteering in February. My first assignment was meeting a family of four at the airport that was arriving from Burma. They have two daughters who at the time, were ages three and eight months. They wore expressions of both fear and exhaustion when I met them at baggage claim with an interpreter. I can’t imagine anything braver than leaving everything that is familiar to you — your family, the only home you’ve ever known and completely starting all over in a brand new place with no money, no ability to speak the language, and nothing more than a hint of hope for a better life.

Over the last several months,  I have shuttled this sweet family to medical appointments, the social security office, job interviews, and even the hospital when one of their girls was running a high fever. But it hasn’t been all business. I’ve taken my four year-old grandson with me at times and he and their four year-old immediately hit it off, even though they don’t understand a single word the other one is saying! We have gone to the park, an indoor playscape to celebrate Dad getting a new job, and thrown a birthday party for their four year-old in their apartment. For most of our appointments and get togethers, there are no translators present, so I rely on an app on my phone that is hit or miss to communicate at a very basic level. To say this experience has stretched me far beyond my capabilities (and comfort level!) is an understatement. And this is all a very good thing. They’ve even taught me to say “hello” in Burmese (sounds like “mingala-bah.”). I know I’m butchering it with my Texas accent because they bust out laughing every time I say it!

Recently this week, I watched their little girls at the refugee services office while Mom was in an appointment just down the hall. In the four months I’ve known this family, Mom has always taken the baby with her. She’s accustomed to wearing her baby, which I’m sure is standard in her culture. In fact, they have no baby gadgets in their apartment for the baby. There is no high chair, bouncer seat, walker, or any other familiar hands-free helpers commonly used to assist parents. And I’m fairly certain she would reject them if they were offered. In addition to taking up much-needed space in a one bedroom apartment, she would prefer to wear her baby or allow her to roam free under a watchful eye. Watching her mother her children has taught me so much about simplicity. (Trust me, she makes Marie Kondo look like a rookie!)

That said, imagine my surprise when she handed me her baby on this recent appointment, so she could concentrate on herself for 1 1/2 hours, sans children. I wanted to high-five her, but I’m not sure she’s ready for that just yet! A couple of months ago, I told her and her husband (through a Burmese translator) when we were at the hospital with their daughter who was running a high fever, that I would be honored to be their girls’ “American grandmother.” They responded with head nods and cordial smiles, but when mom handed me her littlest one this past week, I felt like she was officially taking me up on my offer. She glanced back once as she nervously walked away and I thought for a minute, she might come back and get her. It was clearly hard for her to let go.

The baby cried for about 15 minutes as I attempted to rock and sway her like I do my own grandbabies. Her four-year-old sister even retrieved a bottle from the diaper bag to help me out. In doing so, I spotted mom’s baby sling in the bag. I strapped it on, tucked her in just like I’d seen her mom do, and began softly singing Jesus Loves Me. Within seconds she was fast asleep. As sweet as the scene is in this picture, it doesn’t begin to compare to Mom’s reaction when she came out of her appointment and saw “American grandmother” wearing her baby! In that moment, the language barrier was bridged and her smile communicated more than any string of words could ever express.

On my way home from the appointment, I thought about the insulated echo-chamber that had once been my norm and in turn, had left me ignorant to the needs of the marginalized. I thought about my old life and the frenzied pace that left little margin for serving others, much less noticing them. I thought about how I used to think sharing the gospel simply meant telling others about the gospel, when in truth, we are also called to show others the gospel in action. And I thought about how I might have missed this moment if I hadn’t prayed that simple prayer and asked God to spark revival in my heart for the things that matter most to Him. My only regret is that I didn’t leave the echo chamber sooner.